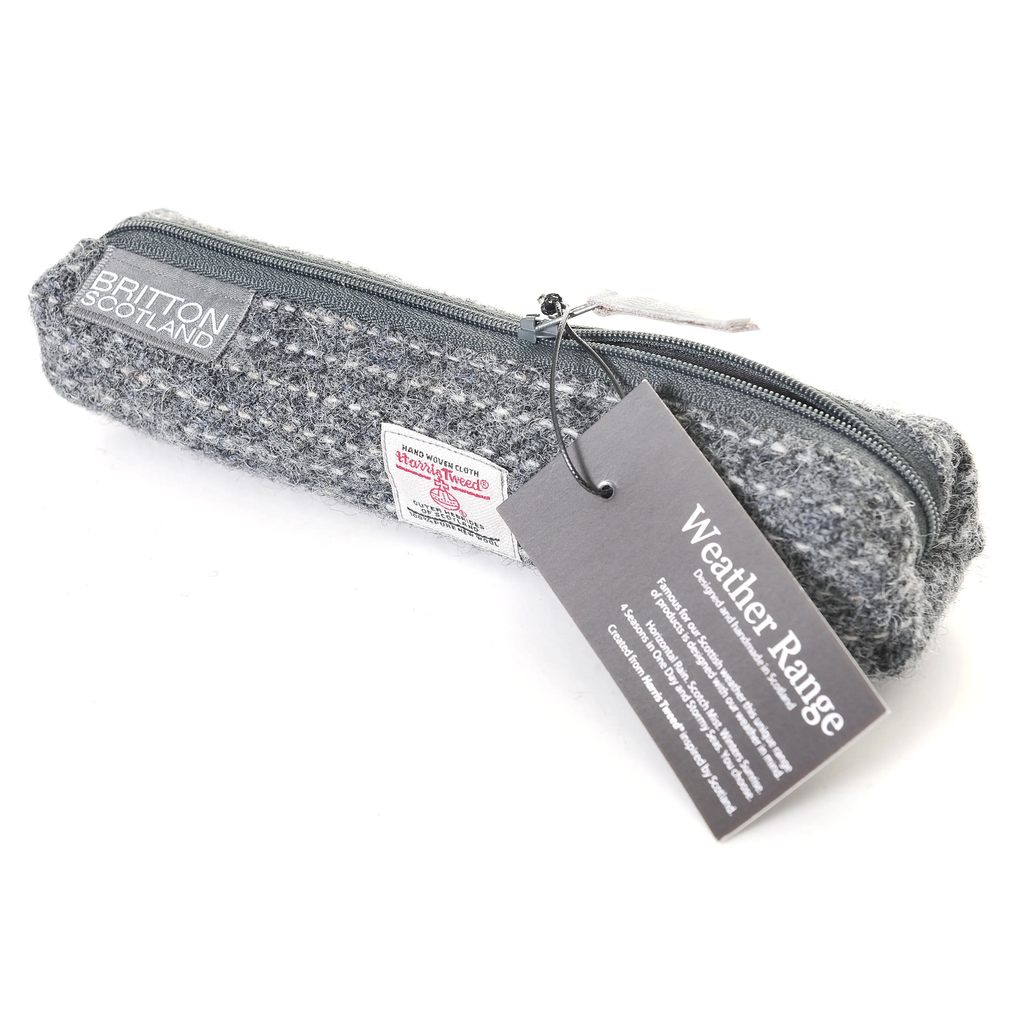 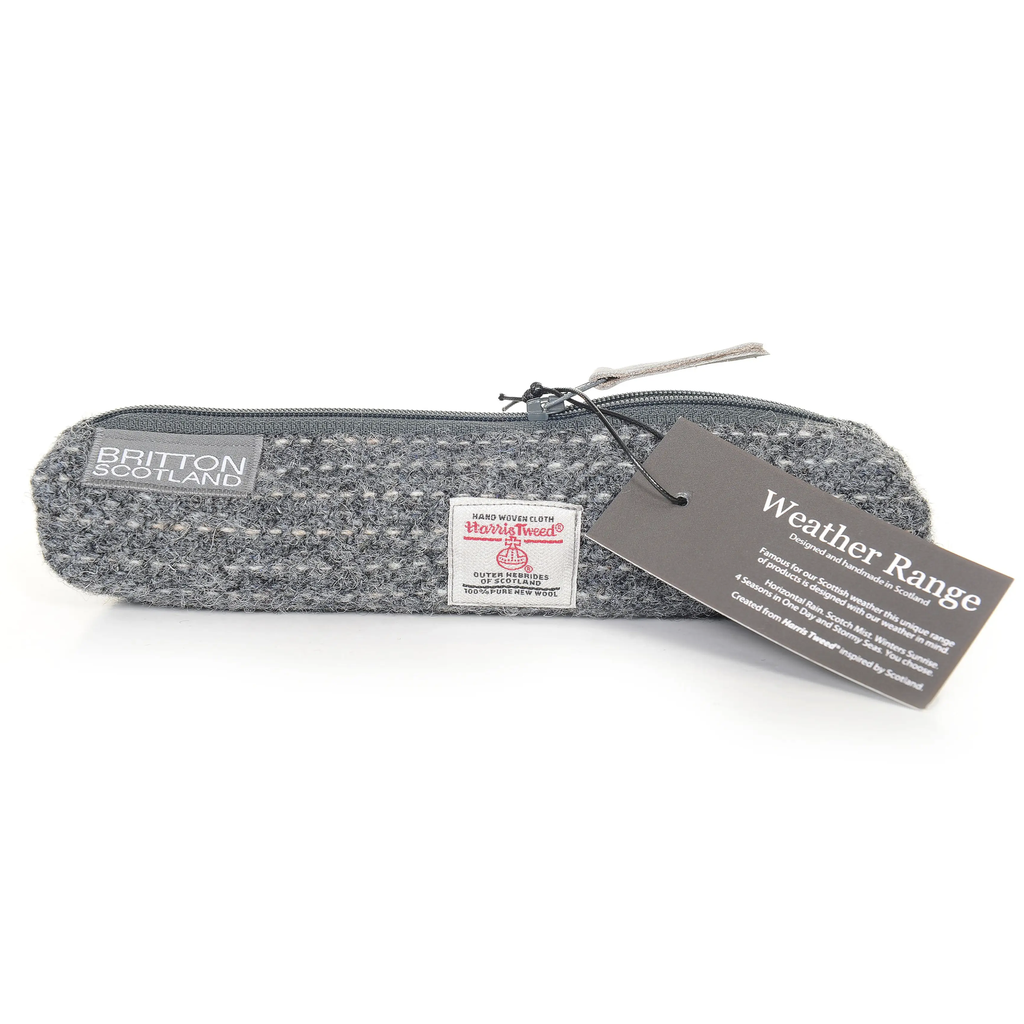 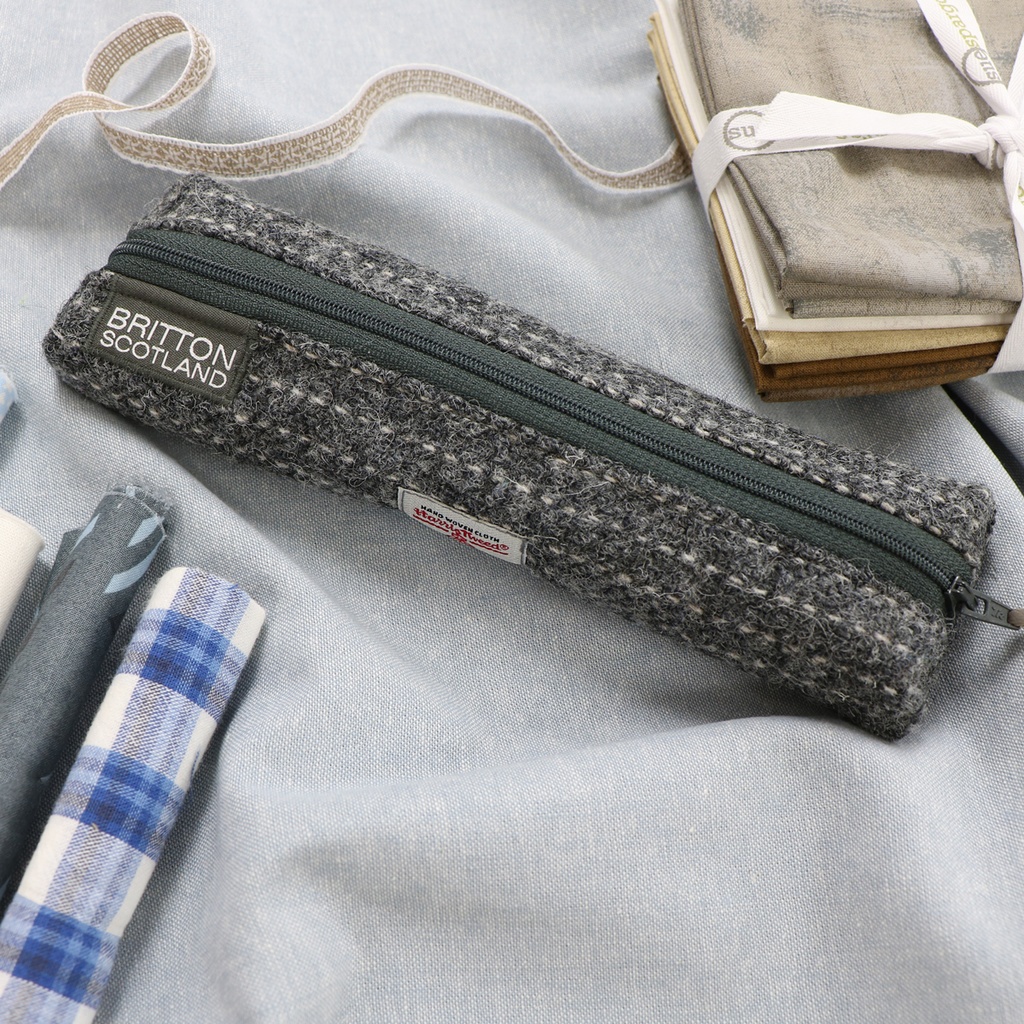 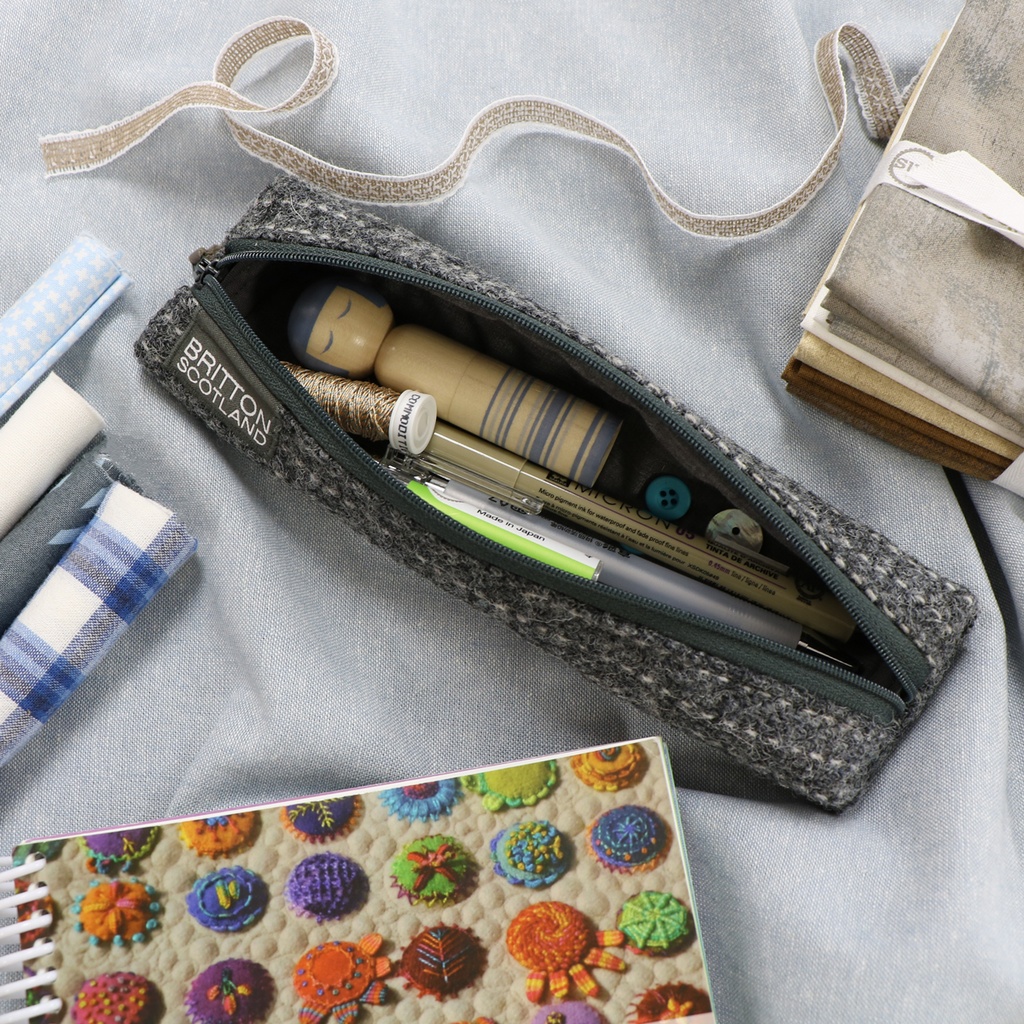 Amy Britton's range of products are created from a unique handwoven Harris Tweed®, inspired by the Scottish weather.

Harris Tweed is a highly regarded woven fabric with a rich history. Originally, the pure wool fabric was woven by farmers in Northern Scotland as protection against the coastal climate. As time went on and as the quality increased, surplus textiles were even used for barter as a form of currency. The demand for Harris Tweed grew in the early 20th century, and many weavers attempted to replicate the tweed as a result. The Harris Tweed Act of 1993 sought to remedy the poorer quality tweed being made by inexperienced weavers as an attempt to profit off of the popular textile. The act effectively promoted and maintained the authenticity of Harris Tweed, making it unlawful to imitate this unique fabric in inferior quality. In fact, each 50 meters of Harris Tweed is carefully inspected and stamped with an official trademark to this day.

Made in United Kingdom