While Sue it trying to pull herself out of jet lag fog and figure out which continent she is on I thought I would post an update on my friendship blanket. A little while ago I posted my first blanket square made of yarn I dyed with a group of friends and here is an update. I still have quite a few to finish but its coming along. 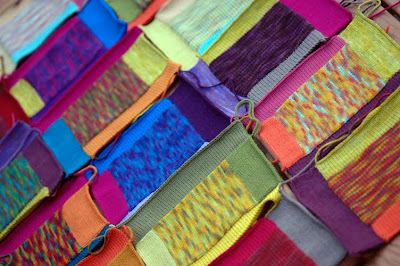 I laid them out on my brand new deck outside my office.  I get to sit out on it now instead of worrying about falling through it. I know the building code police wont like the lack of railing which is yet to come but I actually prefer it without it. 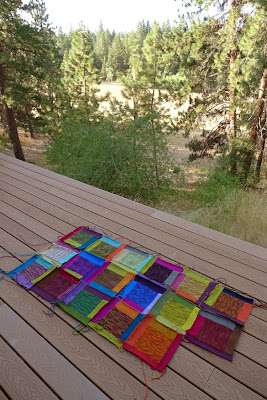 Back to the right of the picture on the neighboring property is a horse stable. In the spring we are lucky enough to watch the foals growing up in the field below but I suspect the economy changed that this year and so I now sit and listen to the bleating of goats.
Yes goats!  There are also a few sheep for good measure. This is all a new experience and I have to say I love it.  Sometimes it sounds like they are very distressed and the other day I discovered one reason why that might be. 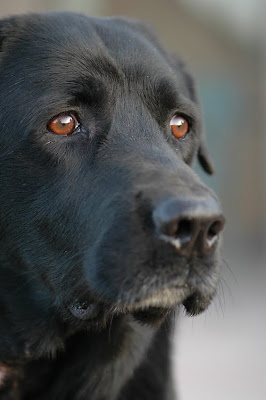 Meet Morgan, a lab mutt who would love to spend a good portion of his days on the other side of the fence herding said goats.
A month ago Morgan had surgery for a suspicious tumor and I am now happy to say that even though he put me through the ringer during this time he is going to live a long happy life watching goats. He managed to scratch his stitches out not once but twice until he got his foot well wrapped hence the fluorescent pink bootie. 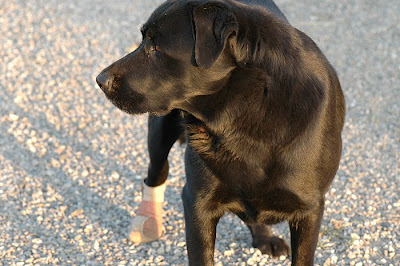 We had to keep a good eye on him and make sure he did not overdo it so I decided I would only let one dog out at a time. One morning I did just that and a little while later heard this rather high pitched bark coming from the fence line. Sounded like something I needed to investigate so I went to have a look and saw Morgan standing on one side of the fence and a noisy goat on the other. I pondered not sure what to make of it. I got my shoes and off I went down the hill to get a better look. Its one feisty goat I thought to myself until I noticed it had a rather panicked look in its eyes. Low and behold the poor thing had been tempted by the nice green grass on our side and managed to get his head through the fence but those nice horns kept him pinned in place much to Morgan’s delight. Good news is I eventually unhinged the poor creature. So now every time I hear a deathly bleat or a high pitched bark I run to the window to make sure a 100 lb dog isnt tormenting the neighbors.
Did I say earlier I loved this???
Anyway this is a very long winded way to get to the title of this posting.
Dear Carol I heard you were waiting patiently for an answer to your question about how I dyed all this yarn in the first place. I am blaming the dog for my lack of response! I promise there will be one coming in full sometime soon.
Wendy

This entry was posted on Wednesday, August 26th, 2009 at 5:00 pm and is filed under Uncategorized. You can follow any responses to this entry through the RSS 2.0 feed. You can leave a response, or trackback from your own site.

Click here to cancel reply.
Designed and hosted by GloDerWorks